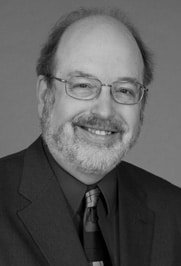 American Frank Weinstock has had a distinguished career as a performer, teacher, and adjudicator. His appearances as recitalist, soloist, and chamber musician have taken him throughout the United States, as well as to South America, Asia, Europe, and Africa. As concerto soloist, Mr. Weinstock has appeared with such conductors as Jesús López-Cobos, Erich Kunzel, Keith Lockhart, Jorge Mester, Gunther Schuller, Markand Thakar, and Luthero Rodrigues. An avid chamber musician, Mr. Weinstock has performed with the Tokyo, American, and Fry Street String Quartets, as well as with Leonard Rose, Larry Combs, Glen Dicterow, the Percussion Group Cincinnati, and with members of the Guarneri, LaSalle, Manhattan, Mendelssohn, and
Berkshire Quartets.

Frank Weinstock is Professor Emeritus of Piano at the University of Cincinnati College-Conservatory of Music where he taught for thirty-one years until his retirement in 2011; towards the end of that time, he also served as that school’s associate dean and interim dean. His former students hail from six continents, and are themselves prominent performers, competition winners, recording artists, and professors at universities around the world. Mr. Weinstock has been a member of the performing faculties at the Aspen and Eastern Music Festivals, the Great Wall International Music Academy in Beijing, and the Opera Theater and Music Festival of Lucca (Italy), and has been a juror for many competitions, including the Cleveland, Gina Bachauer, Hilton Head, and Virginia Waring International Piano Competitions, as well as the Canadian Music Competition and the American Pianists Association Competition.

A native of Oberlin, Ohio, Mr. Weinstock received performance degrees from the Oberlin and New England Conservatories of Music, studying with Emil Danenberg, Victor Rosenbaum, Claude Frank, Lilian Kallir, and Edith Oppens. Not limiting his interests to performing and teaching, he has also enjoyed success as a music-software engineer; his work Home Concert Xtreme was awarded the 2010 Frances Clark Keyboard Pedagogy Award as the outstanding keyboard-pedagogy publication of the year.

He lives in Salt Lake City with his wife Janell Weinstock, retired Vice President and General Manager of the Cincinnati Symphony Orchestra.