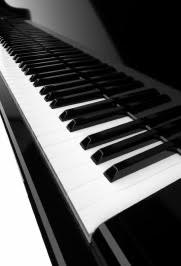 About
Hong Xu made his concerto debut in China at just 16 years old playing Rachmaninov’s Second Piano Concerto. He studied at Wuhan Conservatory, the Eastman School of Music, and the Julliard School.

Hong Xu has given recitals at Wigmore Hall and Carnegie Hall’s Weill Recital Hall. He gave a ten-city recital tour in Germany and recorded his first CD at the Ban Centre. He has appeared as soloist with the Orchestre Métropolitain du Grand Montréal, the Calgary Philharmonic Orchestra and the Juilliard Orchestra, under such conductors as Yannick Nézet-Séguin, Roberto Minczuk and Vladimir Ashkenazy. In 2008 Xu represented the Julliard School at the Beijing Cultural Olympiad.

He has been re-invited to the Orchestre Métropolitain du Grand Montréal with Yannick Nézet-Séguin and made a highly successful debut with the Hallé. He returned to the Hallé at the beginning of 2012 for a series of concerts with their Principal Guest Conductor, Markus Stenz.
As a result of the travel chaos caused by the Icelandic volcano in 2010 Hong Xu undertook highly acclaimed last minute replacements in the prestigious recital series in both Vancouver and Middlebury VT to both of which he was immediately re-invited.

Hong Xu toured China with the London Philharmonic Orchestra at the beginning of 2012 and made his Royal Festival Hall debut with them later in the year. He also appeared with the Hong Kong Philharmonic. Recent engagements have included recitals in Madrid and Calgary.

Hong Xu is a member of the piano faculty at Wuhan Conservatory of Music in China.