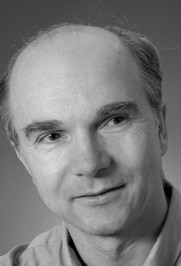 He has been awarded several prizes at national and international competitions. Since his debut at age 16, Bernd Zack has been acclaimed both as a soloist and as a chamber musician in concert halls and festivals across Europe and overseas.
Numerous recordings - broadcast and CD - demonstrate the outstanding qualities of this versatile artist. The “Bläservereinigung der Berliner Philharmoniker” (Chamber Ensemble of the Berlin Philharmonic wind players) and the “Bläserquintett der Staatskapelle Berlin”, the “Cuarteto Latinoamericano”, violinists Christian Tetzlaff, Herwig Zack, Saschko Gawriloff and other internationally renowned artists are among his chamber music partners.

He has held master classes in Germany, Switzerland, Rumania, Greece, Chile, Japan, Korea and Taiwan and has been a jury member of prestigious competitions. In 2014, he founded the “Internationales Pianistenforum im Barocksaal” in Rostock, where more than 20 artists have been performing, in combination with giving lectures and masterclasses (among them were Alfred Brendel, Stephen Kovacevich, Bernd Glemser, Christine Schornsheim, Radoslav Kvapil, Pavel Gililov, Jacques Rouvier).

His students have won prizes in international piano competitions (including the Geneva International Music Competition, the international piano competitions Alessandro Casagrande in Terni, Franz Liszt in Wroclaw) and have appeared on Radio, TV and CDs as well as in important music festivals and halls such as the “Alte Oper” in Frankfurt/Main, the “Musikhalle” in Hamburg, the Berliner Philharmonie, the Konzerthaus Berlin and the Tokyo Bunka Kaikan. Several are already teaching as permanent professors at renowned schools of music.